Why Should you Invest in In-Gaming Advertising? 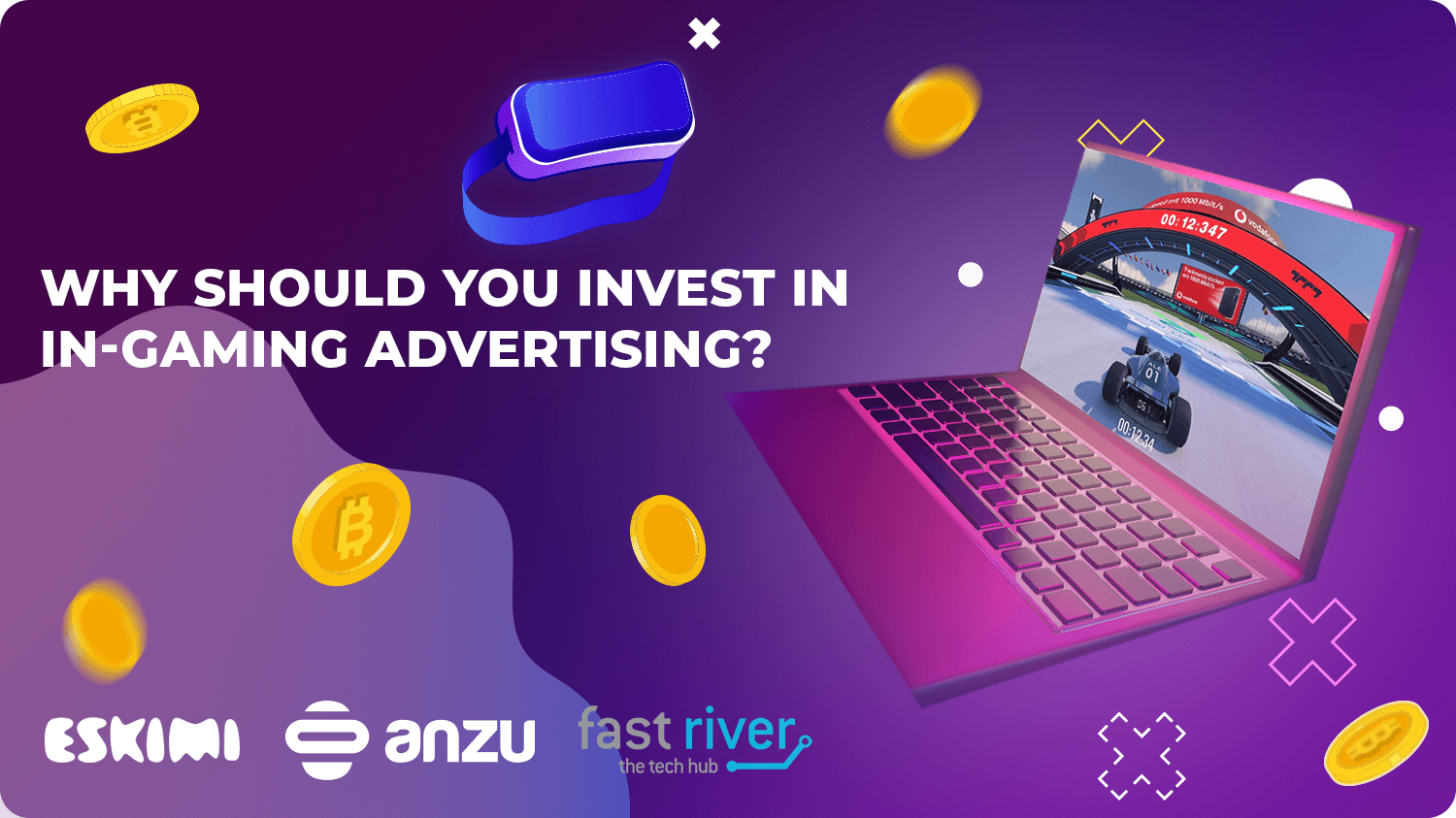 In its definition, in-game advertising, or IGA, allows brands to integrate their ads within the PC, mobile phone, or console games. But, don't make a rookie mistake and confuse in-game ads with widely adopted traditional gaming ads that can be annoying.

If you have ever played games similar to Candy Crush Saga, you probably saw rewarded video ads that are interrupting the gaming, and those aren't programmatic in-game ads. The modern programmatic in-game ad that ad-tech companies like Eskimi and Anzu.io are creating is not interrupting the game flow. Instead, they look similar to banners, usually somewhere in the background, as seen in our example below.
‍

This means that the old pop-ups and annoying traditional ads in gaming are becoming a thing of the past.

That is just one of the reasons why big tech companies who aren't usually in gaming are investing more and more in the industry over the last few years. Other reasons for this phenomenon are what we will cover in this article. So let's press the imaginary play button and start our journey into programmatic in-game advertising.

Who is investing in in-game advertising?

He pointed out that gaming became an industry with unstoppable momentum due to next-gen game consoles, the pandemic, and cloud gaming. Tech giants like Amazon, Facebook, Apple, and Microsoft saw this, and they decided to invest more in the gaming industry recently.

Amazon invested in a popular multiplayer online role-playing game, "New World," Facebook is preparing to dominate the VR world, Apple is investing in their gaming subscription service, and Microsoft is taking over Activision Blizzard. Even Netflix, the most popular streaming service, started creating games within the platform to keep their audience more engaged.

What do big companies know about the gaming industry that others are missing?

They all know that it is not only the gamers that break records. It is also the gaming companies that are reaching more and more audiences globally. When someone mentions the word gamer, it usually creates an image in your head of a boy playing video games with his friends. However, today's statistics are different, and the demographics of gamers are more diverse. There is almost the same amount of women and men playing games in the EMEA region, and there are four age groups playing games.

The African region is especially interesting for the gaming industry, as there are over 186 million users, with 95% of gamers focused on mobile games. This statistic makes it the perfect region for in-game programmatic advertising options.

All of these above are why the gaming industry has generated twice as much revenue as the film and music industry, with more than 3.1 billion users.

However, Chaim emphasized this phenomenon:

"The funny thing about the gaming industry is that it is bigger than the TV and streaming industry (CTV) in terms of reach and user engagement, but there is no adequate investment regarding spending from marketing and branding agencies' budgets. So we are speaking about an untapped market."

Why do Brands Hesitate to Adopt In-Game Advertising?

Gaming as a form of entertainment is highly engaging and social, making it perfect for investing. However, there are some significant roadblocks and myths associated with in-game advertising we have to overcome.

These insights helped the Anzu.io team work more effectively on overcoming them, as they realized that people don't hate ads. They hate bad ads. That is why they are developing ads that are not interrupting the gaming experience. It is essential to emphasize that proprietary rendering functions can now match the advertisement to the environment where the ad appears.

How can you target your audience with programmatic in-game ads?

It would help if you remembered that targeting principles and possibilities with ads in the gaming space are similar to those you have already used while creating Facebook and Google ads.

What can you target with programmatic in-game ads?

Companies like Anzu collaborate with gaming developers and create scalable advertising solutions to get valuable results from the ads. So it is good to know that Anzu patented a 3D ad tracker that counts impressions according to IAB standards.

This means that it can identify if some other objects in the game hide the ad form from the player's sight. That way, if the player or other props hide your ad during the game, it doesn't count as an impression. There are also other tools for measuring the campaign's success, such as viewability rate, video completion rate, IVT rate, etc. You can learn more about that by visiting the Anzu.io website.

How can in-game ads help you start marketing in the Metaverse?

People have already been interacting with other players since video games were on the internet. The Metaverse is simply taking this concept to a higher level.

During the lockdowns in 2020 and 2021, we saw how the social aspect of gaming stood out. People didn't come to play Animal crossing or Fortnite just because they loved the gaming. They used these platforms to meet friends and new people. We saw a few concerts and saw celebrities joining the virtual space. It created excitement and gave us a sense of a new virtual community that gave us hope.

We can say that we see the first iterations of the Metaverse inside such platforms, like Roblox, Fortnite, Decentraland, etc.

These platforms can provide them with immense opportunities to connect with their audience in entirely new ways and establish meaningful connections, as they help create unique experiences.

While such experiences are being created, brands will have to follow where the audience is going.

So, by creating programmatic-ad strategies that are scalable, you will open the doors of marketing in the Metaverse, and at this moment - it is a huge advantage.

Why investing in in-gaming programmatic is an excellent idea in 2022?

Now that we know how ad-tech is evolving and adapting to the gaming world and the Metaverse, it becomes clear that the main obstacles to investing in in-gaming advertising are no longer the issue.

Instead, big gaming companies and independent developers are embracing the trend of programmatic ads, as it is not affecting their game structure and bringing in significant revenue.

Another good signal is the money pouring into the gaming industry from tech companies that weren't previously interested in this niche. They did their research, and they know that the global in-game advertising market is expected to generate a revenue of $13,989.6 million by 2028.

With precise targeting options and less competition in the gaming industry, this whole idea of creating a programmatic ad strategy is becoming a necessity for many brands and businesses.

Contact us if you have any other doubts or questions about setting up your first in-gaming programmatic advertising campaign.

We will gladly help. 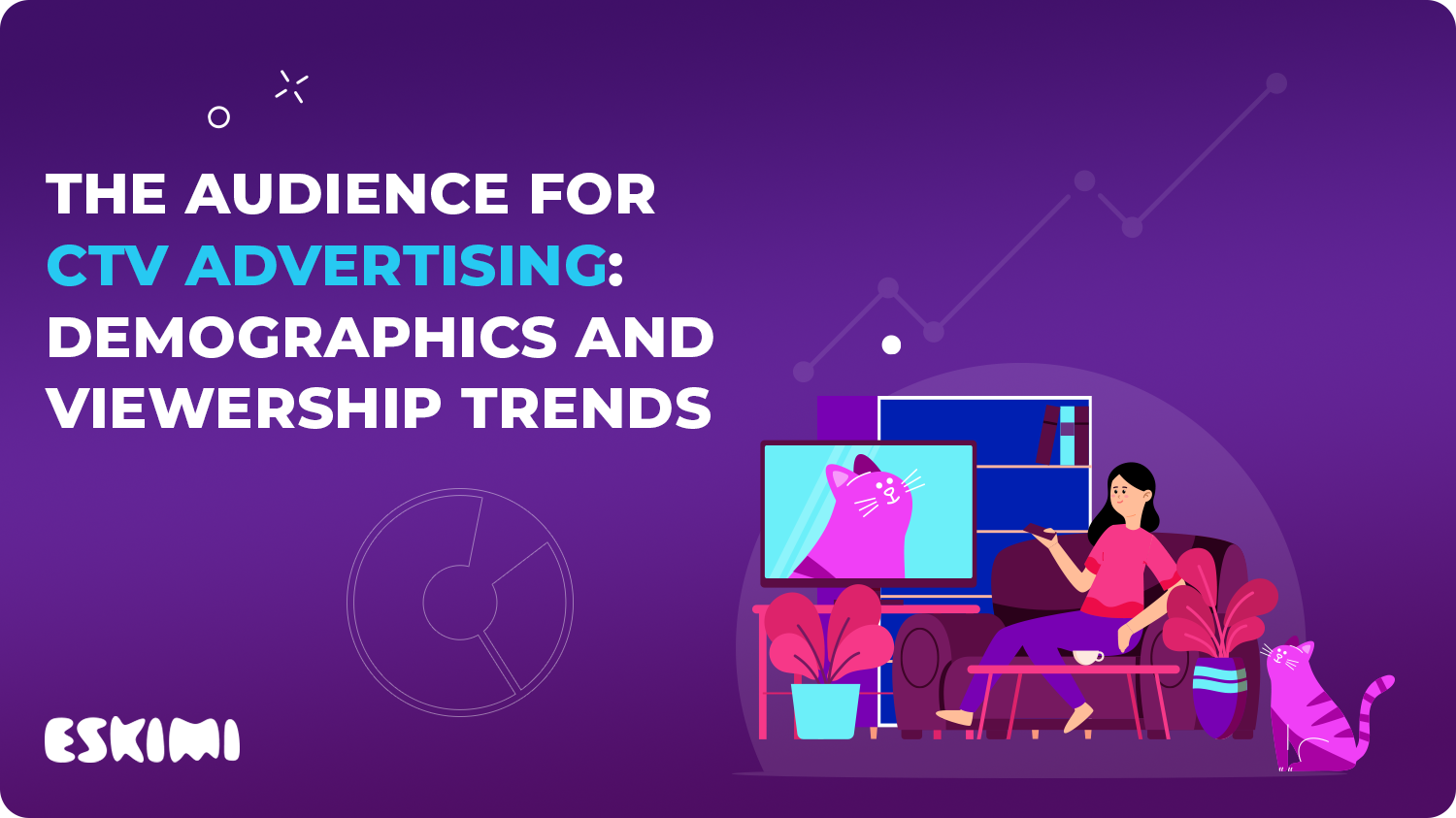 The audience for CTV Advertising: Demographics and Viewership Trends 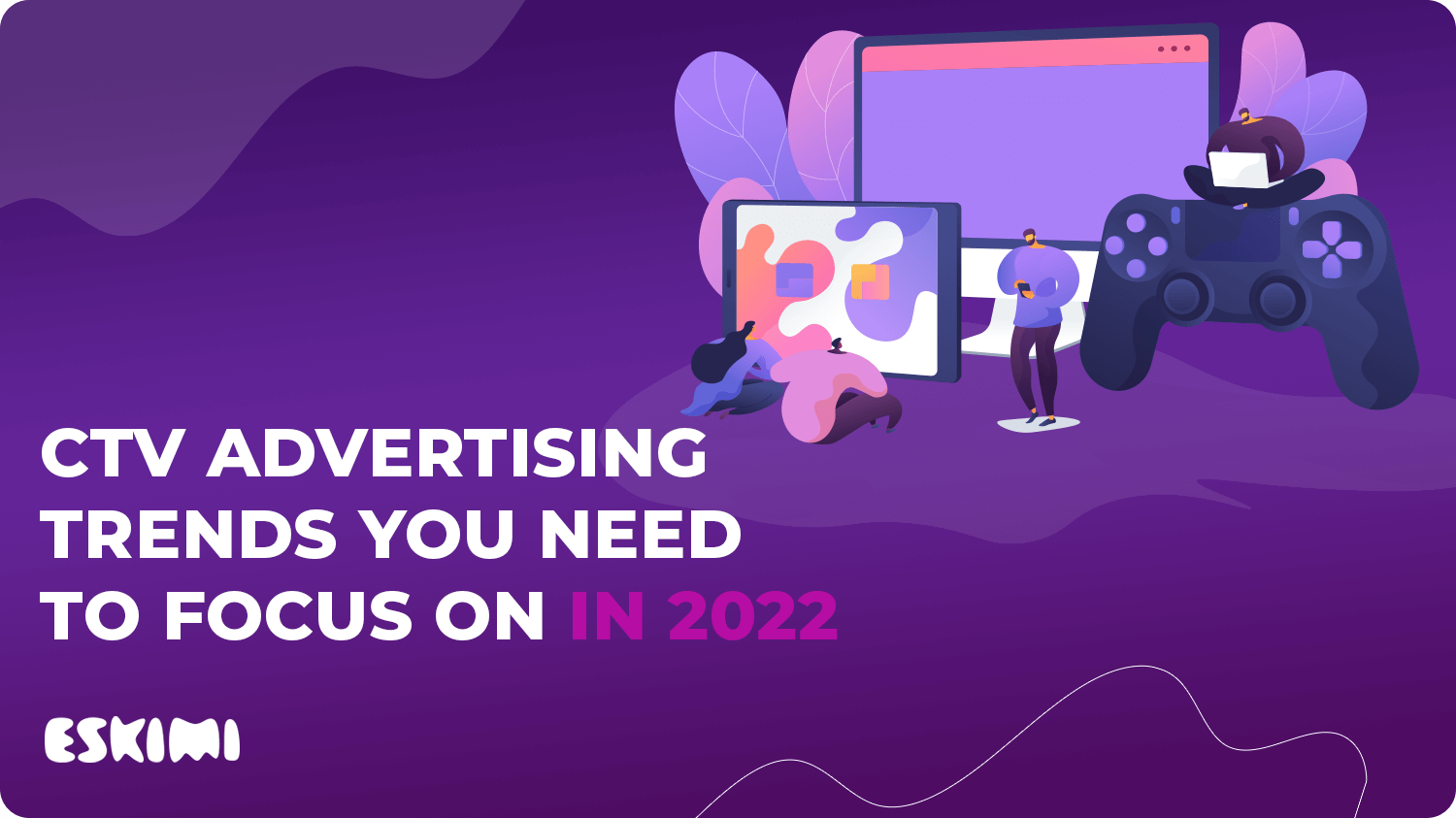 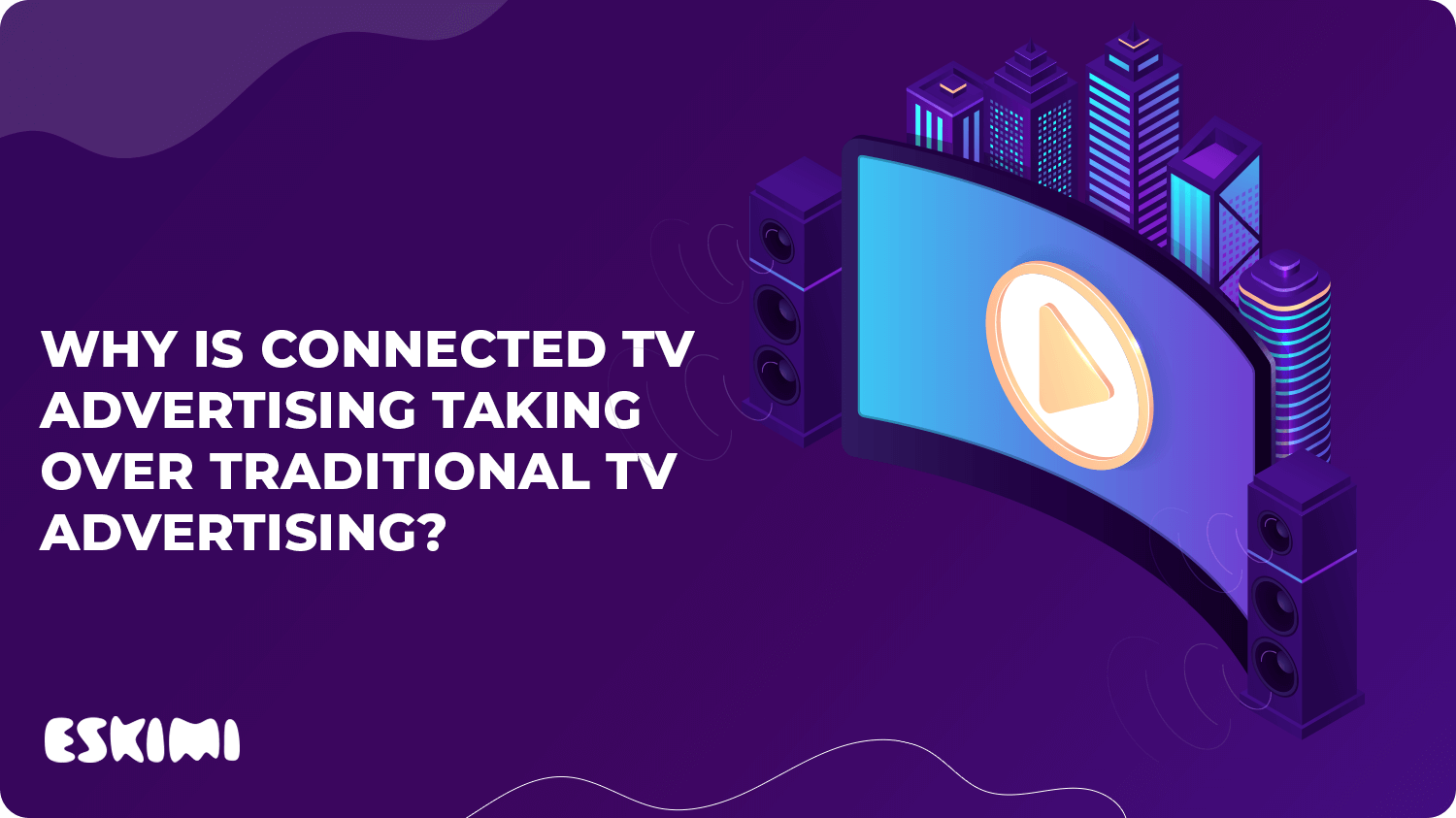 Growing Business
58
By clicking “Accept All Cookies”, you agree to the storing of cookies on your device to enhance site navigation, analyze site usage, and assist in our marketing efforts. View our Privacy Policy for more information or edit Preferences.
Accept
Congrats! Click the button below to download our guide:
Download
PDF file, 19,6 MB
Oops! Something went wrong while submitting the form.